How did this happen?


One of the key factors in failure is inertia. Toys R Us, just like many leading companies in other industries, simply failed to see the relentless assault of technology, the transformation from real toys to virtual toys, and online retailers bent upon rendering traditional retailing redundant. On top of these, it would also appear that the leadership suffered from arrogance – we are too big to fail syndrome.


Faced with ever-mounting problems, the company took the leveraged buyout route to go private in 2005. Private equity firms Bain Capital and KKR & Co. lent a huge amount to convert equity into debt. At the time, both Toys R Us and the buyers made tall claims about making the stores a better place to shop and work.


Finance 101 says that debt is the cheapest form of capital. It is not surprising that some leaders and managers believe in this notion and embrace leveraged buyouts when everything appears to be lost. Even when interest rates may be at historically low levels, debt has an opportunity cost, among others.


Thus, the $6.6 billion debt load was too much for the company. Unable to turn the tide in 12 years, Toys R Us has made a final attempt to redeem itself by seeking Chapter 11 protection.


It is easy to blame discount retailers and online retailers for the plight of Toys R Us.


The irony is that toy sales are increasing. Some of the stores that have reinvented themselves seem to be doing quite well. It is not enough to store a large variety of toys. What is the shopping experience that you can create? Can children (and adults) try out how the toys work before making a purchase? Can sales people be trained to become specialists and offer meaningful suggestions? Most importantly, can shopping be fun?


One of the key success factors for any company is the ability to scan the competitive landscape and initiate proactive measures to place barriers for others. In hindsight, it was not until 1998 (when Walmart surpassed Toys R Us in toy sales) that the company seem to wake up. Since then, Toys R us has seen what one writer calls “management merry-go-round.” The company has tried six CEOs and two interim CEOs to fix the mess. It is obvious that none of them had the wherewithal to turn the company around.


Toys R Us had $444 million in debt due in the current financial year, and a staggering $2.2 billion in debt maturing in the following year. As one analyst notes, the company has been in a perpetual refinancing mode.


When the writing on the wall is clear, companies need to come up with pragmatic, even if uncomfortable, solutions. As an example, consider pricing. How did Walmart overtake Toys R Us in toy sales? By discounting popular toys by over 50% compared to the competition. Online retailers like Amazon are in multiple businesses – they are willing to offer lower prices and drive competition away. The fact that they do not have to invest as much in physical infrastructure and next-to-nothing in inventory are advantages hard to beat.


There are many who believe the story is not over – that Toys R Us may still recover.


When all seems lost, there is always hope. 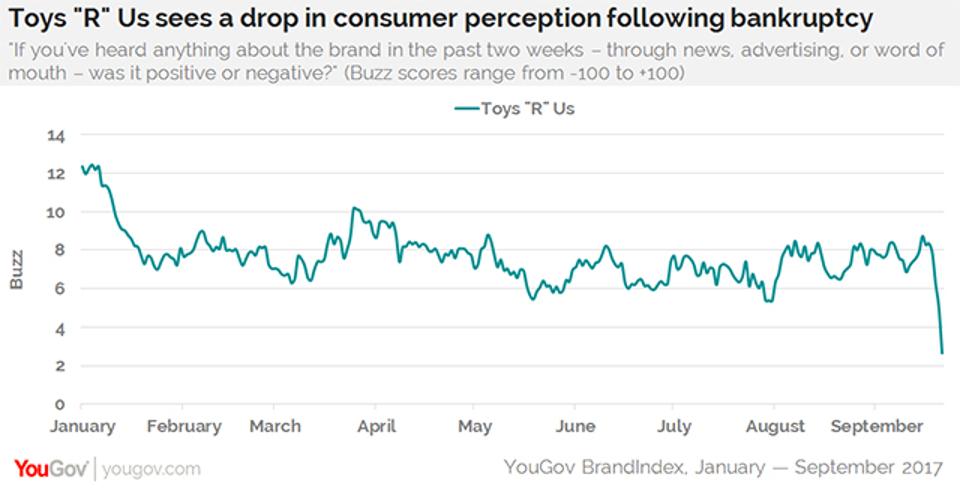