Showing posts from August, 2017
Show all

The Tale of a Once-famed Icon 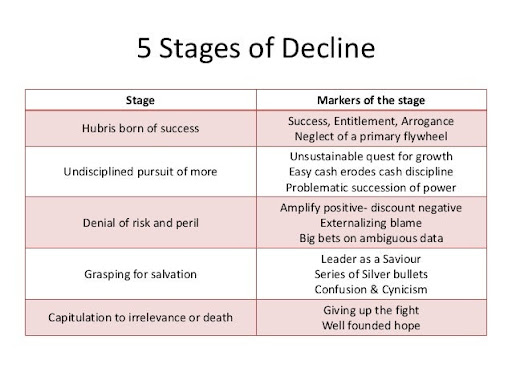 In the early eighties, just as the personal computer entered the market, a few friends came together and formed a software company with very little capital. The fact that they were colleagues in an established company and decided to quit en masse raises ethical questions that have not been answered till now. Framed in the context of knowledge management, how ethical is it for a team of technocrats to leave a company in limbo? Just as Bill Gates happened to be in the right place at the right time, these gentlemen were also in the right place and the right time, albeit in a different part of the world. The government of the day went all out to support the IT sector. Thus, the idealistic entrepreneurs had the good fortune of a scarce resource like land being given to them at favorable prices. They were idealists. Right from day one, they espoused the highest standards of governance and transparency . Several factors helped the company (and many others) to grow at a blist
Post a Comment
Read more

For decades, we have been exposed to the virtues of collaboration, cooperation, and coordination – or team work . Scholars have built models to explain team performance and team effectiveness . Organizations spend millions to get to the notion of the “ ideal team .” The foundational concept in team work is synergy – the idea of the whole being greater than the sum of the parts. How real is this notion ? New research ( Campbell et al. ; Hot shots and cool reception? An expanded view of social consequences for high performers; Journal of Applied Psychology, 2017 ) suggests that collaboration may, in fact, stifle creativity by imposing social costs on high performers . The authors argue that cooperative contexts prove to be socially disadvantageous for high performers . In other words, the innovators and hard workers may feel miserable and socially isolated in a typical team environment . A team has people who bring different skill sets to any situation
Post a Comment
Read more
More posts